We condemn the Turkish invasion of Syria!

The Turkish government invades Northern Syria. We strongly condemn this aggression against the territorial sovereignty of Syria! This attack is a threat to the people of the region and can cost many human lives. Turkey is the second largest military force in NATO in terms of ground forces, directly after the USA, and has a vast arsenal of military equipment.

Since the beginning of the imperialist war against Syria, Turkey has been in a front position against the government of Bashar Al-Assad, side by side with the USA, Israel, Saudi Arabia, as well as France, Britain and Germany. Turkey supported the militias that were supposed to plunge the country into chaos and destabilize it. All of them together had resolved to overthrow Assad and bring about a regime change. By the time Russia entered the conflict at the latest, it was clear that direct military intervention entailed a high military risk. This insight quickly led to a change in tactics: the fight against the so-called Islamic State (IS) was used as a ticket for longer intervention by the anti-Assad coalition.

However, the regional interests of the Turkish government were increasingly at odds with the interests of the anti-Assad coalition. On the one hand, the cooperation of the USA with the Kurdish armed groups YPG/YPJ and later the SDF (Syrian Democratic Forces), which are close to the PKK and could bring a large area under its control on its southern border, was a thorn in the side of the Turkish government. On the other hand, Turkey is striving for more autonomy than regional power and does not want the USA to dictate so much to it.

The invasion of northern Syria is thus in continuity with the foreign policy of the Turkish AKP government, which in recent years has been characterized by increasing aggressiveness and belligerence towards neighbouring countries and openly sought to expand Turkey’s influence by abolishing existing borders and occupying foreign territories. Already at the beginning of last year the Turkish army marched into Afrin (“Operation Olive Branch”) and occupied the city. Turkish politicians also repeatedly demanded an occupation of Greek islands in the Aegean Sea by the Turkish army. In all this, Turkey is not simply a puppet of more powerful imperialist countries, but also pursues its own interests and goals.

The Kurdish armed organisations, for their part, have exploited the aggressive war against Syria and brought the north and east of Syria under their military control. In the course of the war they strengthened their cooperation with US imperialism and gave the interventionist powers in the north-east of the country a safe place to build military bases. For years the SDF militias led by the YPG have been regarded as the closest allies of the USA in Syria. This opportunist and pro-imperialist policy of the Kurdish organizations cannot be justified by anything. In view of the USA’s withdrawal of support and Turkey’s military offensive, the Kurds are now asking Assad for help.

Even the YPG/YPJ and SDF, which are regarded as progressive forces by many leftists, also by some communists, do not represent the interests of the working class and the peoples of the region. On the contrary, they participated in the fragmentation of the country by creating a de facto separate state in Northern and Eastern Syria. While we do not support these organisations, our solidarity in the current difficult situation is, of course, still with the Kurdish population of Northern Syria and the other peoples of the region who have become victims of Turkish aggression. Resistance to this aggression is fundamentally legitimate.

The USA, which apparently can no longer win the war in Syria against the coalition Russia-Iran-Syria, is looking for a new tactic for asserting its own interests in the region. Due to their military and financial support of the Kurdish armed organizations, their relationship with NATO partner Turkey is at the worst level. The withdrawal of their soldiers from the north and their transfer to the Iraqi-Syrian border now seems to be a concession to Turkey.

On the other hand, US President Donald Trump has clearly criticised the Turkish invasion. It is therefore not yet clear whether it was also a consideration behind the US troop withdrawal to give Turkey a free hand, or whether Turkey is merely exploiting the vacuum created by the withdrawal without having agreed its own actions with the USA.

Meanwhile, the Russian government is more or less neutral and is merely calling on Turkey to be prudent. Obviously the weakening of the US-SDF coalition is in the interests of the supporters of the Syrian government, including Russia, and one way of persuading Turkey to withdraw after such a military intervention. Iran insists on the territorial sovereignty of Syria and is meanwhile demonstrating its potential with its own military manoeuvres on the Iranian-Turkish border.

It is obvious: the whole region of West Asia is threatened by a source of fire in the tug-of-war of imperialist interests. And it is also clear that the population in the various countries will once again bleed through this dirty capitalist war over the division of the region.

The working class of Turkey, Syria, Iraq and Iran and all other countries in West Asia have nothing to gain in this war but will pay for it with their blood. The working class should not accept to be instrumentalised by the aggressive policies of the Turkish government. And even if it is right to defend the territorial integrity and sovereignty of Syria, but also of the other countries of the region, against any aggression, it does not mean to identify with the ruling class of one’s own country. The struggle of the working class for the defence of its own country, against foreign aggressors, must in the end also be led for the power in its own country, against the exploiters and the ruling class, for the power of the working class and for socialism. 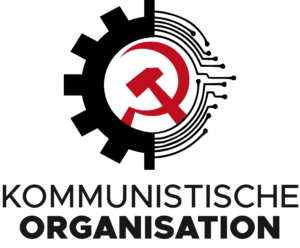